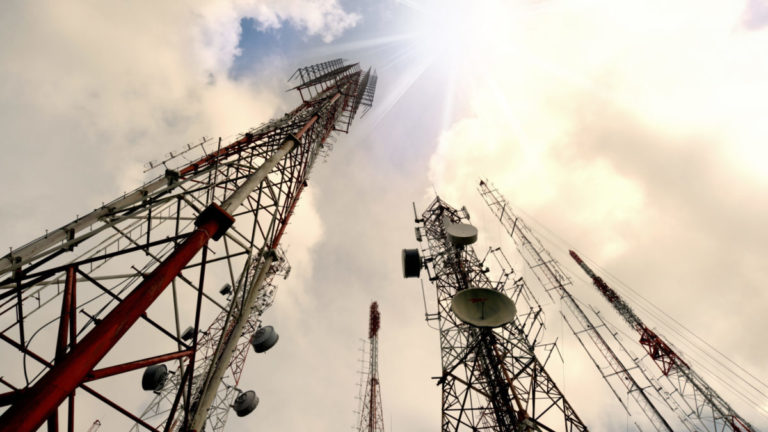 Broadcast towers vs. cell towers—what they do, how they’re different

If you feel like you’re surrounded by metal towers these days, you’re not wrong. As countless amounts of data are transmitted through the air every second, we’ve increasingly needed these tall structures to keep the modern world connected.

But not all the towers you see when you scan the horizon are identical. Some are used by cell-service carriers, some by television stations, some by radio stations, some by power companies and some for other reasons entirely. Two of the most common types of towers you’ll likely see in your area are TV broadcast towers and cell towers.

These types of towers can look similar, but they function in very different ways. Here’s a basic rundown of the differences between broadcast towers and cell towers, how they work and how to identify them. TV towers, a.k.a. TV transmitters, can be thought of as the biggest antennas you can possibly imagine. They are typically built atop tall hills and extend hundreds — sometimes thousands — of feet into the sky. After all, the taller a broadcast tower, the bigger its broadcasting radius.

In fact, two of the tallest structures in the entire Western Hemisphere are TV transmitters near tiny Blanchard, North Dakota. The tower that carries KVLY’s signal stands at 2,063 feet, while the one that carries KRDK’s signal is 2,060 feet tall.

Broadcast towers work by taking the audio and video signals created at TV stations and turning them into numerically coded data streams that are beamed into the air on their assigned frequency, which is their channel number. The data is then picked up by over-the-air antennas and translated back into broadcast signals on the attached TV. You’ve probably seen TV transmitters about a million times and never thought much about them as they are often pretty nondescript in design. The most striking part of these towers is their barber pole-like color scheme.

TV transmitters are often painted in alternating stripes of what appears to be white and red to the naked eye. The red-looking tint, however, is actually a color called international orange that is used for its visibility to aviators. In the mid-1930s, the Federal Communications Commission came up with guidelines that required every tower taller than 200 feet to be painted this way and also adorned with lights.

The various dishes and other gadgets you see dotted along the tower can serve various purposes, from bringing in the signals produced by news vehicles in the field to transmitting additional digital TV signals. Some TV towers actually have cameras attached to them that can provide live-look feeds for traffic or weather reports for the station. The technology behind cell phone towers may be a bit more complex than that used by over-the-air TV towers, but the basic concept isn’t all that different.

When you make a call on your cell phone, the audio is converted into a signal that is carried over a frequency on the electromagnetic spectrum — not unlike what happens to broadcast signals. That signal then goes to the nearest cell tower used by your service carrier before being sent to the tower nearest to the phone you are calling before it’s sent to the destination phone and converted back into audio.

The reason you’re able to instantly talk to, and hear from, the person on the other line is because these signals travel at the speed of light. Cell towers aren’t quite as uniform in their appearance as broadcast towers. Some cell towers have the classic barber-pole look of TV towers, but often they look completely different. What you will find at the top of nearly all cell towers is an array of transmitters, rather than the single antenna tip that is typically found atop a broadcast tower.

In recent years, cell-service providers have tried to make their towers blend into the natural scenery a bit more. These so-called stealth towers are much more expensive to build and are often made to look like trees but have also been disguised as bell towers, flagpoles and crosses. As our world becomes more wireless, towers like these will be a big part of the landscape. Hopefully, they won’t always be such eyesores!