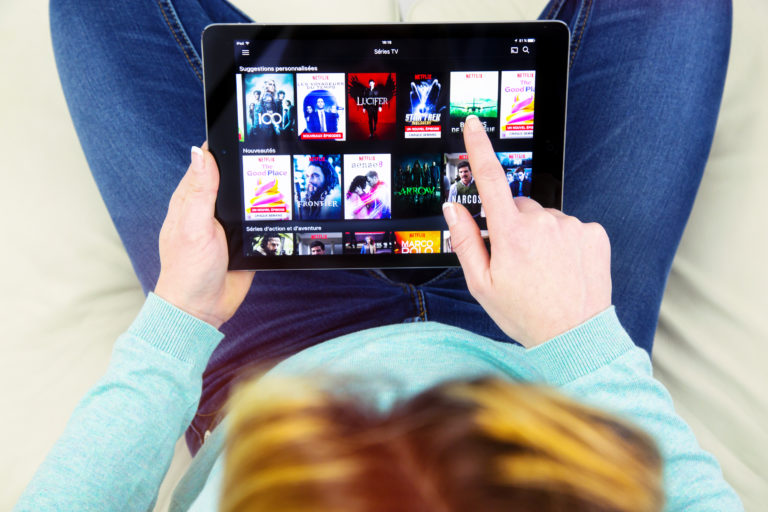 From the biggest live sporting matchups and events like the Oscars and Grammys to super-popular shows like “Young Sheldon” and the “One Chicago” franchise, the list of things you can watch via over-the-air (OTA) TV is astounding. And that’s not even to mention important programming like your local news broadcasts and the eye-opening content PBS airs on a nightly basis. How Free OTA TV And Streaming Subscriptions Can Work Together

By combining the live TV programming you get from an OTA antenna and one of the more popular on-demand streaming services, you can give yourself a huge variety of viewing options for less than $16 a month.

For instance, if you relied solely on your antenna for live programming, which would include everything broadcast by ABC, CBS, Fox, NBC and PBS, but added a Netflix subscription that allows for unlimited on-demand, HD viewing, you’d be spending $15.49 per month. (If you don’t care about watching Netflix in HD, you can get a plan for $9.99 a month.) That would give you access to Netflix’s constantly changing library of movies and shows, including essential exclusives like “Stranger Things” and “The Crown.” Netflix is a great example because it doesn’t offer live TV support and is a tireless creator of original content, which means you wouldn’t be doubling up on much content from the networks that your antenna is carrying for free.

On the other hand, Hulu is an even cheaper streaming service — with an ad-supported, on-demand plan that starts at $6.99 a month — but the best content it carries includes shows like “This Is Us” and “Bob’s Burgers,” which you can catch for free with your antenna every week.

Still, Hulu offers a great value — even if you remove ads, it’s only $12.99 a month. And, it can act as a kind of digital video recorder for those shows if you miss their broadcast airdates. It also carries plenty of acclaimed exclusives, uncut movies and popular series from networks you could only otherwise watch with a cable package, like FX and Food Network.

For families, one of the best ways to supplement the viewing options you get with free OTA TV is by signing up for Disney+. For just $7.99 a month, you’ll have on-demand streaming access to Disney’s full library of animated movies, plus every film from Pixar, the Marvel Cinematic Universe and the “Star Wars” franchise, just to name a few things you’ll find on there.

Disney+ also boasts a massive library of on-demand TV shows from its list of cable channels (including National Geographic and Disney Channel) as well as a quickly growing list of exclusives like “The Mandalorian,” “Loki” and “The Beatles: Get Back.” Meanwhile, movie buffs may want to supplement with a subscription to HBO Max. This robust, on-demand streaming service costs $9.99 per month for a plan with ad breaks or $14.99 for one without ads. Both are honestly a steal for the overwhelming library of content you’ll be able to access.

From HBO original series — new and old — to countless movies from all eras, including classics curated by TCM and every DC Comics-based superhero epic you can think of, you can find a huge wealth of entertainment on HBO Max. Due to its ownership by WarnerMedia, it also is the streaming home of TruTV’s beloved “Impractical Jokers” and TNT’s “Snowpiercer,” among many other cable-only favorites. If you combine the endless hours of live entertainment you’ll get for free from your OTA antenna with any one of these affordable streaming services, you’ll have all the TV bliss you ever dreamed of!