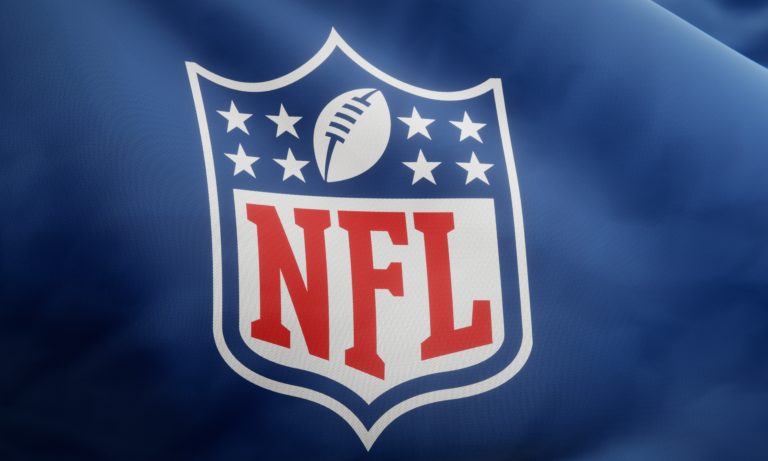 How to watch NFL games

Are you ready for some football? Heck, yes! And we have the play-by-play on how to watch NFL games — for free.

If you’re wondering how to catch all the games this fall, don’t worry. With the right setup, you won’t miss a thing.

The NFL season kicked off on NBC on Thursday, Sept. 8, with the reigning Super Bowl champions Los Angeles Rams taking the field against the Buffalo Bills. This season, the NFL season has an 18-week playing schedule filled with a total of 272 games. That’s a lot of games to keep straight. Knowing how to watch NFL games can make or break your weekend plans. The NFL schedule for the 2022-23 season includes Thursday, Sunday and Monday night games, plus Saturdays on Weeks 15 and 18 and holiday games. But the majority of pro football games will take place on Sundays, and you can get these games for free on your local over-the-air channels.

The easiest way to watch NFL games for free is to check your local channel listings each week. Channels such as CBS, FOX and NBC air a number of NFL games every week on Sunday afternoons and evenings. Sunday afternoon games typically start at 1 p.m. ET, with later afternoon games beginning at 4:05 or 4:25 p.m. ET and the night game starting around 8:20 p.m. ET. These games get broadcast on Fox and CBS; American Football Conference games air on CBS and National Football Conference teams air on Fox.

You can tune into the free OTA (over-the-air) channels through your Smart TV through network apps or by installing a TV antenna inside or outside your home. An antenna is an inexpensive one-time purchase, is easy to set up, and can give you hours of entertainment without the monthly cost of a subscription. And, if you can’t catch the football game live on your OTA TV service, you might want to consider a Tablo DVR device.

Tablo offers whole-home OTA devices by giving customers the ability to wirelessly stream and watch live or recorded OTA shows to any television, tablet or mobile device in the home. All you need is a home wireless network to set up the Tablo to work on all devices in your house. The Tablo device not only provides a personalized station guide for their OTA channels but also a way to watch, record and stream up to four OTA channels at once.

For smaller households, the Tablo Dual 128 GB device allows viewers to stream and record up to 80 hours of live HDTV right out of the box. The device includes two ATSC tuners, commercial skip, 5.1 surround sound support, 128 GB storage and more.

If your family are power TV watchers, then think about the Tablo Quad 1 TB device. This model includes four over-the-air ATSC tuners, 1 TB of storage, commercial skip and more. You can easily record and stream up to four shows from your antenna at the same time.

Free OTA channels will get you many of this season’s NFL games, but not all of them. If you want more than just the Sunday games, you may have to count on your streaming services instead. Here’s where else you’ll need to go in order to catch the full season of NFL games.

NFL+ Streaming Service: The NFL has its own streaming service offering for football fans and can be accessed through the NFL app. The NFL+ service has two plans:

NFL RedZone: Different services offer Sunday NFL action through NFL RedZone, which focuses on showing every touchdown in every single game over a seven-hour period rather than airing complete live games. It’s a channel that’s available through multiple streaming services, including the NFL app (with a subscription), fubo, Hulu + Live TV, Sling and YouTube TV. Its cost is usually packaged with other channels. Watch Games Through Other Streaming Services

If you don’t want to shell out for an NFL-dedicated streaming service, you have these options as well:

Monday Night Football, ESPN or ABC: Monday Night Football will air on ESPN for most of the season with ABC (a free OTA network) broadcasting four games, according to CableTV.com. The Sling TV streaming service offers its Orange subscription package, which includes ESPN, for $35 per month.

Hulu, Paramount+ and Peacock: Three other streaming platforms include NFL game broadcasts, as well. Hulu + Live TV, Paramount+, and Peacock all feature games that are broadcast on local channels or via NBC or CBS. These options will not show out-of-market games, but if you already have one of these streaming services, you can find plenty of NFL game options every Sunday. Go All In With Cable

If you want to get a comprehensive NFL experience, then cable will round out your services. Both ESPN and the NFL Network are available via most cable service providers as part of their most popular packages. ESPN features Monday Night Football every week plus has constant coverage of game highlights and commentary. The NFL Network has 24/7 coverage of the sport, teams/players and has more highlights, special coverage and documentaries than you can imagine.

The NFL Network also has special additional coverage on NFL RedZone for a separate fee. This is where a fan can watch seven hours of live football and see every touchdown from every game. How? When a team reaches the 20-yard line (also known as the red zone), the NFL RedZone channel cuts to the local broadcast of the game so fans can see the action. It shows up to eight games at a time on its “Octobox screen.”

How will you be cheering on your favorite NFL team this season?